The power of purpose-driven branding via #marketing

As a marketer, you simply can’t ignore hashtags. They have the power to expand your content reach, amplify your brand, improve your SEO and much, much more. Whether it’s brand hashtags, campaign hashtags, trending hashtags, event hashtags or location hashtags, it’s no secret that 2015 has been the biggest year yet for driving awareness and participation via hashtag campaigns, particularly for brands promoting themselves via the female empowerment movement.

In this post, we discuss two of the most successful hashtag marketing campaigns driving female confidence this year, and inspiring millions of women and girls of all ages, sizes and races across the world, P&G’s #LikeAGirl and Sport England’s #ThisGirlCan.

Do you throw like a girl? Run like a girl? Cry like a girl? For many of us the phrase ‘Like A Girl’ is an insult, it implies that girls are weak, useless and pathetic – come on girls we all know this isn’t true, the world would be a useless place without us!
Feminine care brand P&G Always began to realise that whilst their brand communications had traditionally remained focused on product performance, their competitors were moving online to reach out to their audience – female millennials. So they responded.

Always discovered through market research that 72% of girls going through puberty feel they are limited by the expectations of those around them, with a shocking 84% saying they feel society puts them into ‘boxes’ – especially during puberty. Most young British women report feeling ‘pressure’ to behave ‘Like A Girl.’

With the major brand pillar of Always being ‘confidence,’ P&G launched a viral video that explored what the phrase ‘Like A Girl’ actually means to young women. The video shows real women, men, boys and pre-pubescent girls reacting to the phrase ‘Like a Girl’ and demonstrating how our societal ideas start to effect young women as they reach puberty. When asked to run ‘Like a girl’ the pre-pubescent girls behaved as they normally would, proudly putting 100% into the task – but the young adults flapped their hands in the air and ran around shrieking. When did the phrase ‘Like A Girl’ become so negative? Check out the video below for what happened next:

So did it work? Well since June 2014 this video advert has gained over 85 million views worldwide on youTube across 150+ countries acting as an anthem for the empowerment of young women. Not only did they take their campaign across social media and TV but they also aired it at the biggest opportunity possible, at Super Bowl 2015, in the second quarter advertising break – the first time a feminine hygiene advert has aired at the major sports event. They have also partnered with TED Talks to develop and spread confidence-inspiring content through their global education platform, TED-Ed.

Brand research showed 81% of 16-24 year old women supported Always in creating a movement to reclaim ‘Like A Girl’ as a positive and inspiring statement. The hashtag has helped Always to appeal to millennial girls via social media and brand equity showed a strong double digital % increase during the campaign. Not bad for a hashtag campaign hey?

Swooping in with a similar message is Sport England’s #ThisGirlCan campaign, which also focuses on female confidence. Sport England works to increase the number of people who play sport regularly. Their market research indicated that 75% of the female population in England wanted to be more active. So why weren’t they getting out there?! Sadly many reported that they simply didn’t feel confident enough to do so. #ThisGirlCan set out to prove that judgement is a barrier that can be overcome, inspiring women to challenge cultural assumptions about femininity that prevent them from engaging in sport and exercise.

Sport England chose a variety of girls of all ages and appearances to be featured in their hashtag campaign, engaging a variety of different sports from running to basketball to zumba to table tennis. The key aspect of the campaign was that women were encouraged to use the hashtag, posting pictures of themselves taking part in exercise. They even developed a create-your-own #ThisGirlCan poster tool online.

So how did the campaign do? Well the viral video garnered almost 1 million views in just three days and offered a refreshing break from the usual approach to the female fitness industry. Not only have they successfully involved singular females but event marketing teams are now using the campaign slogan to drive women to participate in sporting events such as ToughMudder and local park runs. 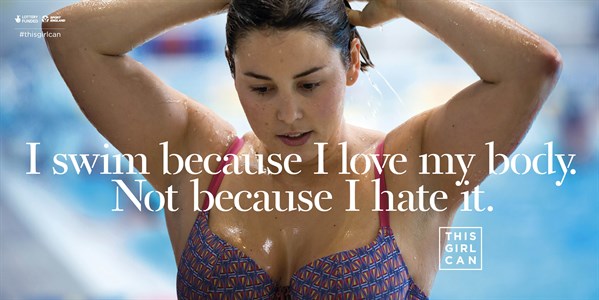 Of course in both cases, these campaigns have been created to promote an end goal for a brand, whether that be to sell more products or improve female sport participation figures, but they have also empowered and inspired the female population in Britain and around the world.

Such is the power of #marketing. Big brands like these know that in 2015 people engage with and buy from brands that share similar points of view or values to themselves. That’s why purpose-driven brands are succeeding and why brands using #marketing are seeing such great success in today’s fiercely competitive consumer landscape.

Contact CuCo today if you would like to discuss how we can harness the power of hashtag marketing for your brand.

The power of surprise and delight marketing