Here is the third and final instalment of the Christmas ad breakdown.

Sky Movies – Step Into the Adventure 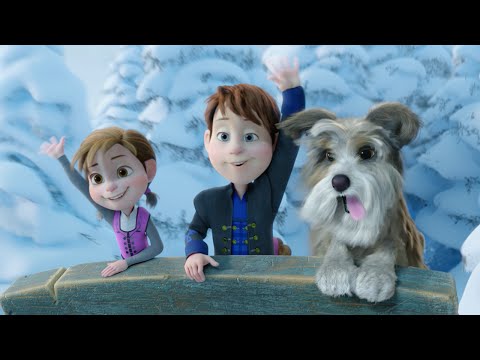 Sky have produced one of the big ones this Christmas, by collaborating with WCRS and many famous faces the Sky Movies ad has captured the eyes of plenty of viewers.

Kermit the frog swiftly invites the family to ‘step into the adventure’ with him, by using their living room door as a gateway to the famous muppets set, the family are transformed into bespoke muppets, not forgetting their family dog. After being catapulted into another realm the family take on Spiderman’s super villain in a busy Times Square. With a near miss and being saved by Spiderman himself they escape onto the Lego movie set, where they are further attacked by the famous Lego Batman and other Lego villains they make a break for it and leave to the snowy slopes of Arrendelle to be greeted by the friendly face of Olaf! The family arrive back home in time to see Ana and Elsa on their television.

The advert may have been created by a ginormous 130 member team and taken them over 5500 hours, but we believe it has paid off. Another eye capturing action packed Sky Movies advert which showcases the variety of films you can watch on Sky this Christmas.

We couldn’t wait to get home and watch our favourite Christmas classic once we saw this festive ad!

This unusually non Christmassy ad begins on the sunny shores of the Hamptons, NY following Gisele surfing on a fabulous Chanel branded surf board (yes we all want one). She makes her way out of the sea in a beautiful wetsuit inspired Chanel leotard, the video shows us inside the immaculately decorated Chanel branded house. The star begins to get ready with all things Chanel; clothes, make up, cushions and Chanel No. 5.

She proceeds to go to a fashion shoot which she promptly leaves once she has read the love letter left for her, stating ‘the one I want’. The advert shows a truly romantic love story supported by an unrecognisable cover of the classic ‘You’re the One That I Want’ from Grease which is covered by Yo-Fang.

The advert is drenched in glamour, vintage Chanel, sparkle, love and of course the No. 5. If you aren’t transformed by this spectacular ad I don’t know what will.

We were absolutely memorised and love it here in the studio!!

Sainsbury’s – Christmas is for sharing 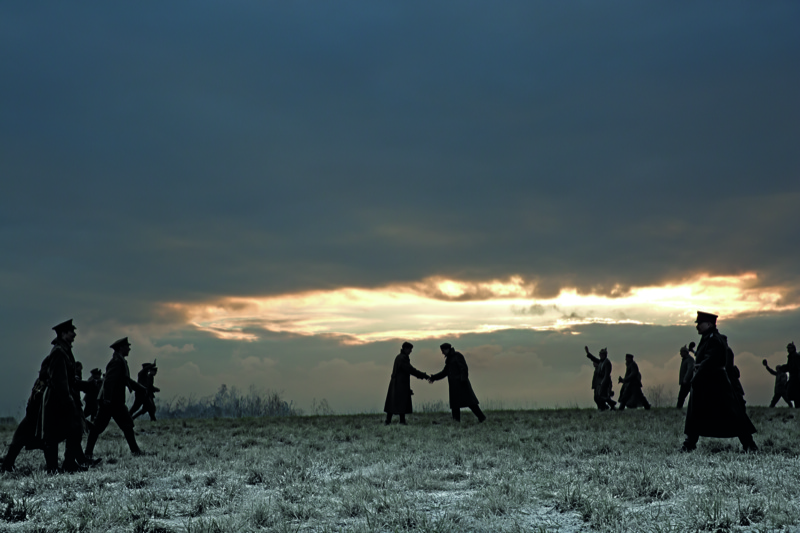 Sainsbury’s was one of the last Christmas ads to be released this year, and boy did it get people talking. Supported by the British Legion the focus of this ad was the famous 1914, Christmas Day football match between Britain and Germany.

The ad created by AMVBBDO, begins with the solemn soldiers, in the trenches on the front line, opening parcels from their beloved families. The soldiers begin to sing Silent Night to lighten the mood, the chorus gets loader, the soldiers all share a look of shock as they begin to hear a German rendition of the timeless classic.  Hearts stop as a British soldier rises from the trenches, to be joined by a brave German soldier, smiles begin to break as they all advance out of the trenches and the football match begins. It’s a tearjerking moment as you watch all soldiers share memories, smiles and enjoyment as they play football on the battlefield. Then there is the heart wrenching moment when the soldiers hear the sound of gun fire and have to resume their positions within the trenches. The ad ends with the two brave soldiers exchanging a handshake, later to realise they have both given their Christmas gifts to each other.

Even though it is a controversial story we believe it brings back a sense of history, importance of loved ones and sharing at Christmas!!

We were delightfully surprised with this advert from Boots, the heart warming advert captured our attention from the first second where the date is the 26th of December, which probes the questions what happened to Christmas Day?!?

This moving advert created by Mother London, shows the whole family making the extra bit of effort to make Mum’s Christmas not just another days work as a night nurse. All family members, including a daughter flying half way back round the world to surprise her with the ‘perfect gift’ from the duty free Boots. The advert is a step back from the direct selling approach we have previously seen, and simply provides the answer that the one perfect present for your favourite person will be found in Boots!

This is definitely one of our favourites in the studio this festive season, it has a different approach and really has paid off!!

That’s it, our festive breakdown of the ads is over, which means one thing… it’s nearly Christmas!!!

It is safe to say that we have thoroughly enjoyed watching all the Christmas adverts in the studio, and are definitely in the festive spirit. Unfortunately we could not include all of this years festive treats but we hope you have enjoyed our chosen selection.

Let us know what your favourite Christmas ads of 2014 is.

Christmas ads – the crackers and turkeys